Search in the site:

He started Kend practice over 25 years ago and has been a constant member in the Italian national team, from 1992 to 1996. He practiced for several years also Karate and Kyudo, the traditional Japanese archery.

He began, in 1975, to practice Judo, Aikido and Karate; more recently he started to work on ancient Japanese weapons practiticng Katori Shinto Ryu, Jodo and Iaido.

Some results of this activity are several placements in Italian Iaido Championships (2008 and 2009) plus a third place in the European Jodo Championship (2006). From 2010 to 2012 he was in the Jodo national Technical Commission. 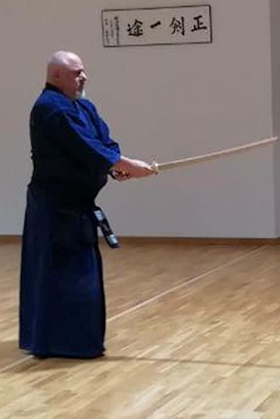